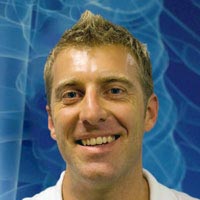 I met Anthony in March 2015 at his Reboot Your Practice Seminar; I found the seminar particularly good. At the end of the seminar, I was one of the Chiro.’s who decided to do the Practice Audit and following that I became a client. Anthony came to my practice in North Sydney for a half day in-house visit. I thought that this is what separates Anthony from the other business coaches, he was the only one who bothered to do an in-house assessment. Unfortunately I had previously been burnt by another business coach. Anthony came in, sat quietly and observed and took notes, he bombarded myself and my receptionist with questions, then he went away for 3 or 4 days to think out what was going on in my practice, and then came back with all of this information and I realised this was a no-brainer, clearly he has been in the game before, he has done it all, I just felt very confident about you.

I have been working with Anthony now for about 4 months, implementing the things that Anthony suggested in the report he made from the practice visit, I am more than happy, and even my receptionist has said, “Gee Anthony’s, good isn’t he”, and she hasn’t had the phone calls from him.

I would say to other Chiropractors thinking about using Anthony or doing the audit or attending his seminars,  it’s a no brainer, if it was a close friend of mine I would say don’t bother going to his seminar, just call Anthony and get started, but if it was somebody I didn’t know I would  still say the same thing.  But, if you feel want to meet Anthony first, go to one of his seminars because you will get more than $195 value from the seminar and you can take it from a guy who has been there and done that.